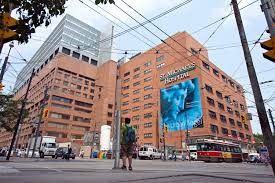 Our study looked at how SES can influence the initial presentation to the Memory Disorders Clinic at St. Michael’s Hospital located in the urban setting of Toronto, Canada (Figure 1). We hypothesized that lower SES would negatively impact medical outcome by delaying the detection and diagnosis of AD. Patients seen at the clinic, which subserves a population with a wide range of SES, are referred from their family physicians. SES was measured using Hollingshead two-factor index, which combines educational and occupational attainments. The index ranges from 11-77 and is negatively correlated with observed SES. Healthcare is fully funded by the provincial government through the Ontario Health Insurance Program (OHIP).