Iron status of pregnant Indian women from an area of active iron supplementation.

OBJECTIVE: The aim of this study was to investigate the iron status of pregnant tribal women from Ramtek, Nagpur, Maharashtra, India using a combination of indices.

CONCLUSIONS: The iron indices suggest that pregnant tribal women of central India, although anemic, had good iron status. Use of iron supplements > 7 d in the preceding month improved iron status; however, non-iron-deficiency anemia persisted in this group. Copyright © 2014 Elsevier Inc. All rights reserved.

Maternal anaemia is a critical public health issue in India. Many efforts are underway to combat the high prevalence of anaemia in pregnant Indian women. In India, multiple supplementation programmes are implemented to address this issue including free iron-folic acid supplementation, distribution of double fortified salt with iron and iodine in selected districts, and fortification of foods. All the above pre-emptive programmes assume anaemia is primarily due to an inadequate dietary intake of iron, from poorly bioavailable cereal-pulse-based vegetarian diets. However, anaemia may occur for reasons other than iron deficiency including repeated infections, malaria, concurrent micronutrient deficiencies of vitamin A, vitamin C, copper, folate, riboflavin, vitamin B12 and vitamin B6, and haemoglobinopathies such as thalassaemia and sickle cell anaemia that influence the synthesis of red blood cells.

A first survey was conducted in 2007 of nonpregnant tribal and rural Indian women to investigate their micronutrient status and we observed that pregnant women in this area were actively supplemented with iron-folic acid and other micronutrient supplements (1). The term “actively” refers to a process used to distribute supplements through simultaneously through multiple channels (i.e. health centres and health professionals), in contrast to more passive or limited distribution of such supplements. The paucity of data on the iron status of actively supplemented pregnant Indian women and a high prevalence of anaemia in nonpregnant women warranted further investigation. This paper is reporting the results of the second survey, conducted in 2008 in the same region, and evaluated the iron status of pregnant women using multiparametric indices as recommended by the World Health Organization/Centers for Disease Control Prevention (2). We used a combination of indices such as haemoglobin (a measure of functional iron deficiency), serum ferritin (a measure of storage iron deficiency) and soluble transferrin receptors (a measure of tissue iron deficiency) along with a marker for infection, C-reactive protein. The pregnant women were tested for the sickle cell trait. Information on the use of iron containing supplements was collected at two time points, the first visit when women were in their second trimester and the second visit when women were in their third trimester. We hypothesized that women who used iron supplements would have better iron status and a lower prevalence of anaemia.

The findings from the present study are particularly relevant for pregnant women from developing countries, public health workers, health professionals and policy makers. Firstly, the study indicated that free iron-folic acid supplements in conjunction with the other micronutrient supplementation improved the indicators of iron status in pregnant Indian women. Secondly, an overwhelming proportion of pregnant women consumed one to six iron containing supplements that was likely partly responsible for their improved iron status. Thirdly, pregnant women still nursing a child from a previous pregnancy had better body iron stores than pregnant women who were pregnant for the first time and who were not nursing another child. Finally, although the supplementation programme benefited the women and improved their iron status, anaemia persisted in more than half of these women. 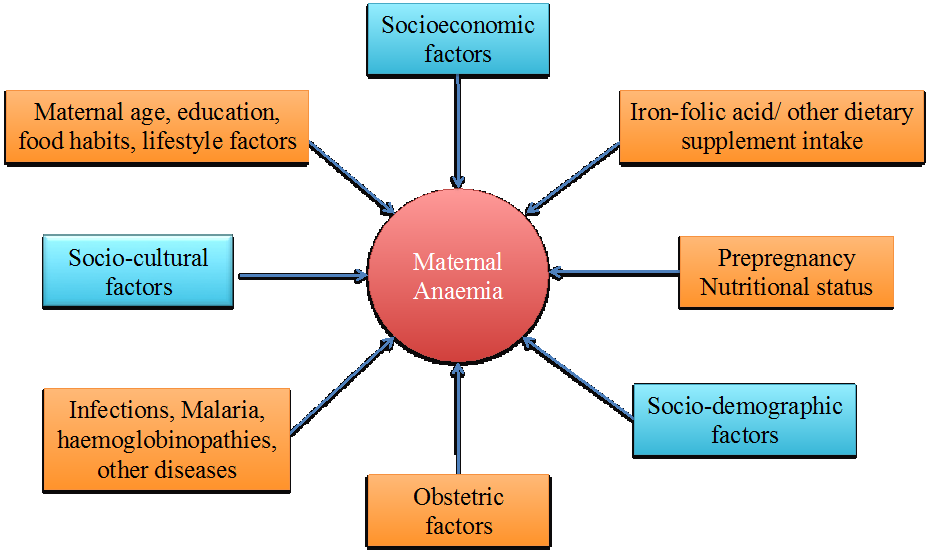 The study was supported by a University of Otago Research Grant and the Department of Human Nutrition’s Performance Based Research Fund.