Abstract: Ectopic expression of the four transcription factors Oct4, Sox2, c-Myc, and Klf4 is sufficient to confer a pluripotent state upon the fibroblast genome, generating induced pluripotent stem (PS) cells. It remains unknown if nuclear reprogramming induced by these four factors globally resets epigenetic differences between differentiated and pluripotent cells. Here, using novel selection approaches, we have generated PS cells from fibroblasts to characterize their epigenetic state. Female PS cells showed reactivation of a somatically silenced X chromosome and underwent random X inactivation upon differentiation. Genome-wide analysis of two key histone modifications indicated that PS cells are highly similar to ES cells. Consistent with these observations, PS cells gave rise to viable high-degree chimeras with contribution to the germline. These data show that transcription factor-induced reprogramming leads to the global reversion of the somatic epigenome into an ES-like state. Our results provide a paradigm for studying the epigenetic modifications that accompany nuclear reprogramming and suggest that abnormal epigenetic reprogramming does not pose a problem for the potential therapeutic applications of PS cells.

9. Effect of rosiglitazone on the risk of myocardial infarction and death from cardiovascular causes

Abstract: BACKGROUND: Rosiglitazone is widely used to treat patients with type 2 diabetes mellitus, but its effect on cardiovascular morbidity and mortality has not been determined. METHODS: We conducted searches of the published literature, the Web site of the Food and Drug Administration, and a clinical-trials registry maintained by the drug manufacturer (GlaxoSmithKline). Criteria for inclusion in our meta-analysis included a study duration of more than 24 weeks, the use of a randomized control group not receiving rosiglitazone, and the availability of outcome data for myocardial infarction and death from cardiovascular causes. Of 116 potentially relevant studies, 42 trials met the inclusion criteria. We tabulated all occurrences of myocardial infarction and death from cardiovascular causes. RESULTS: Data were combined by means of a fixed-effects model. In the 42 trials, the mean age of the subjects was approximately 56 years, and the mean baseline glycated hemoglobin level was approximately 8.2%. In the rosiglitazone group, as compared with the control group, the odds ratio for myocardial infarction was 1.43 (95% confidence interval [CI], 1.03 to 1.98; P=0.03), and the odds ratio for death from cardiovascular causes was 1.64 (95% CI, 0.98 to 2.74; P=0.06). CONCLUSIONS: Rosiglitazone was associated with a significant increase in the risk of myocardial infarction and with an increase in the risk of death from cardiovascular causes that had borderline significance. Our study was limited by a lack of access to original source data, which would have enabled time-to-event analysis. Despite these limitations, patients and providers should consider the potential for serious adverse cardiovascular effects of treatment with rosiglitazone for type 2 diabetes. 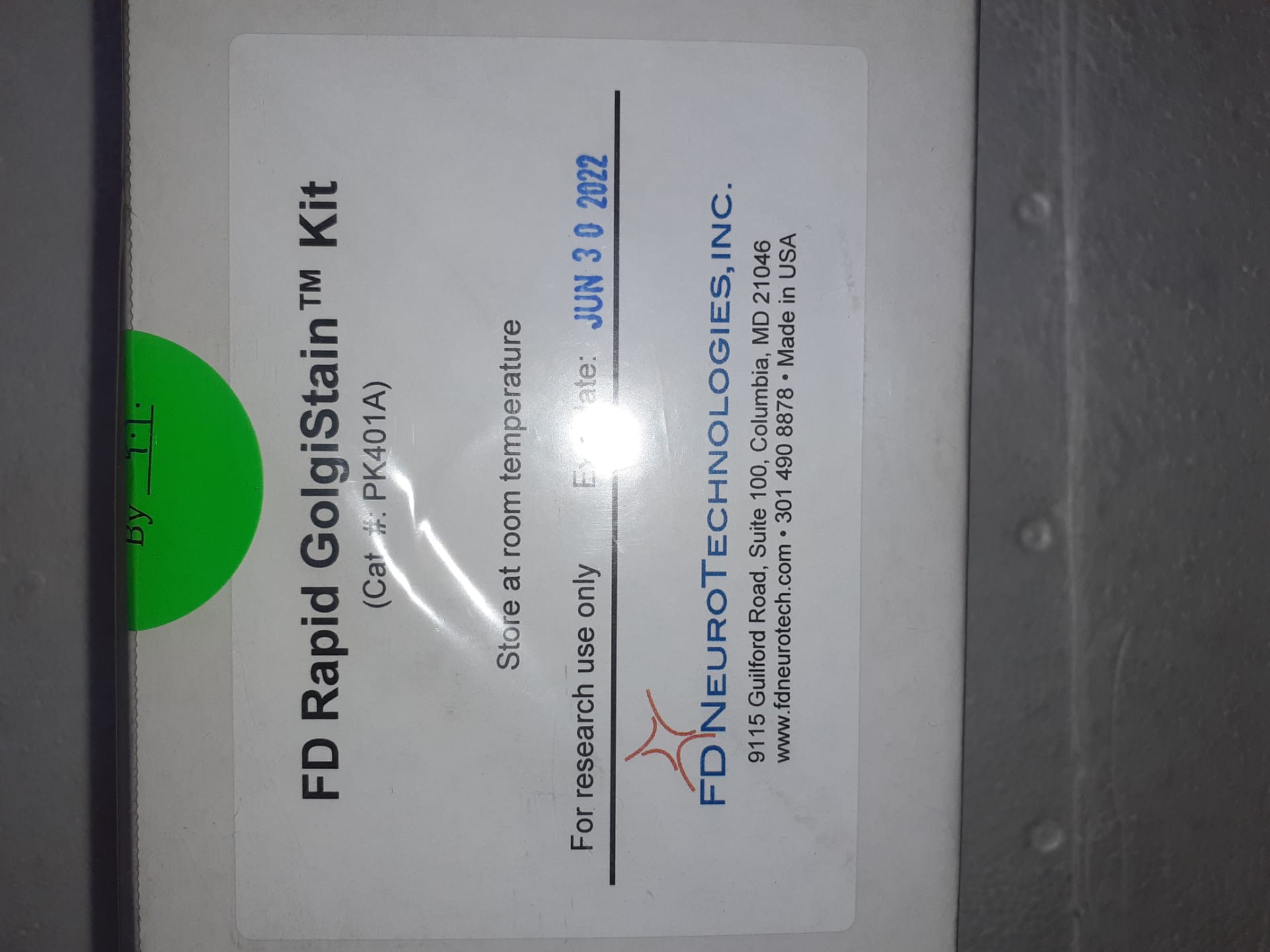 10. Effects of bariatric surgery on mortality in Swedish obese subjects

Abstract: Background: Obesity is associated with increased mortality. Weight loss improves cardiovascular risk factors, but no prospective interventional studies have reported whether weight loss decreases overall mortality. In fact, many observational studies suggest that weight reduction is associated with increased mortality. Methods: The prospective, controlled Swedish Obese Subjects study involved 4047 obese subjects. Of these subjects, 2010 underwent bariatric surgery (surgery group) and 2037 received conventional treatment (matched control group). We report on overall mortality during an average of 10.9 years of follow-up. At the time of the analysis (November 1, 2005), vital status was known for all but three subjects (follow-up rate, 99.9%). Results: The average weight change in control subjects was less than +/-2% during the period of up to 15 years during which weights were recorded. Maximum weight losses in the surgical subgroups were observed after 1 to 2 years: gastric bypass, 32%; vertical-banded gastroplasty, 25%; and banding, 20%. After 10 years, the weight losses from baseline were stabilized at 25%, 16%, and 14%, respectively. There were 129 deaths in the control group and 101 deaths in the surgery group. The unadjusted overall hazard ratio was 0.76 in the surgery group (P=0.04), as compared with the control group, and the hazard ratio adjusted for sex, age, and risk factors was 0.71 (P=0.01). The most common causes of death were myocardial infarction (control group, 25 subjects; surgery group, 13 subjects) and cancer (control group, 47; surgery group, 29). Conclusions: Bariatric surgery for severe obesity is associated with long-term weight loss and decreased overall mortality.

11. Effects of torcetrapib in patients at high risk for coronary events

Abstract: Background Inhibition of cholesteryl ester transfer protein (CETP) has been shown to have a substantial effect on plasma lipoprotein levels. We investigated whether torcetrapib, a potent CETP inhibitor, might reduce major cardiovascular events. The trial was terminated prematurely because of an increased risk of death and cardiac events in patients receiving torcetrapib. Methods We conducted a randomized, double-blind study involving 15,067 patients at high cardiovascular risk. The patients received either torcetrapib plus atorvastatin or atorvastatin alone. The primary outcome was the time to the first major cardiovascular event, which was defined as death from coronary heart disease, nonfatal myocardial infarction, stroke, or hospitalization for unstable angina. Results At 12 months in patients who received torcetrapib, there was an increase of 72.1% in high-density lipoprotein cholesterol and a decrease of 24.9% in low-density lipoprotein cholesterol, as compared with baseline (P

Abstract: Purpose Patients with advanced pancreatic cancer have a poor prognosis and there have been no improvements in survival since the introduction of gemcitabine in 1996. Pancreatic tumors often overexpress human epidermal growth factor receptor type 1 (HER1/EGFR) and this is associated with a worse prognosis. We studied the effects of adding the HER1/EGFR-targeted agent erlotinib to gemcitabine in patients with unresectable, locally advanced, or metastatic pancreatic cancer. Patients and Methods Patients were randomly assigned 1:1 to receive standard gemcitabine plus erlotinib (100 or 150 mg/d orally) or gemcitabine plus placebo in a double-blind, international phase III trial. The primary end point was overall survival. Results A total of 569 patients were randomly assigned. Overall survival based on an intent-to-treat analysis was significantly prolonged on the erlotinib/gemcitabine arm with a hazard ratio (HR) of 0.82 (95% Cl, 0.69 to 0.99; P=.038, adjusted for stratification factors; median 6.24 months v 5.91 months). One-year survival was also greater with erlotinib plus gemcitabine (23% v 17%; P =.023). Progression-free survival was significantly longer with erlotinib plus gemcitabine with an estimated HR of 0.77 (95% Cl, 0.64 to 0.92; P =.004). Objective response rates were not significantly different between the arms, although more patients on erlotinib had disease stabilization. There was a higher incidence of some adverse events with erlotinib plus gemcitabine, but most were grade 1 or 2. Conclusion To our knowledge, this randomized phase III trial is the first to demonstrate statistically significantly improved survival in advanced pancreatic cancer by adding any agent to gemcitabine. The recommended dose of erlotinib with gemcitabine for this indication is 100 mg/d.

13. Exosome-mediated transfer of mRNAs and microRNAs is a novel mechanism of genetic exchange between cells

Abstract: Exosomes are vesicles of endocytic origin released by many cells. These vesicles can mediate communication between cells, facilitating processes such as antigen presentation. Here, we show that exosomes from a mouse and a human mast cell line (MC/9 and HMC-1, respectively), as well as primary bone marrow-derived mouse mast cells, contain RNA. Microarray assessments revealed the presence of mRNA from approximately 1300 genes, many of which are not present in the cytoplasm of the donor cell. In vitro translation proved that the exosome mRNAs were functional. Quality control RNA analysis of total RNA derived from exosomes also revealed presence of small RNAs, including microRNAs. The RNA from mast cell exosomes is transferable to other mouse and human mast cells. After transfer of mouse exosomal RNA to human mast cells, new mouse proteins were found in the recipient cells, indicating that transferred exosomal mRNA can be translated after entering another cell. In summary, we show that exosomes contain both mRNA and microRNA, which can be delivered to another cell, and can be functional in this new location. We propose that this RNA is called “exosomal shuttle RNA” (esRNA).

14. EzTaxon: a web-based tool for the identification of prokaryotes based on 16S ribosomal RNA gene sequences

Abstract: We present a genome-wide association study of ileal Crohn disease and two independent replication studies that identify several new regions of association to Crohn disease. Specifically, in addition to the previously established CARD15 and IL23R associations, we identified strong and significantly replicated associations ( combined P < 10(-10)) with an intergenic region on 10q21.1 and a coding variant in ATG16L1, the latter of which was also recently reported by another group. We also report strong associations with independent replication to variation in the genomic regions encoding PHOX2B, NCF4 and a predicted gene on 16q24.1 (FAM92B). Finally, we demonstrate that ATG16L1 is expressed in intestinal epithelial cell lines and that functional knockdown of this gene abrogates autophagy of Salmonella typhimurium. Together, these findings suggest that autophagy and host cell responses to intracellular microbes are involved in the pathogenesis of Crohn disease.

17. High-resolution profiling of histone methylations in the human genome

Abstract: Histone modifications are implicated in influencing gene expression. We have generated high-resolution maps for the genome-wide distribution of 20 histone lysine and arginine methylations as well as histone variant H2A.Z, RNA polymerase II, and the insulator binding protein CTCF across the human genome using the Solexa 1G sequencing technology. Typical patterns of histone methylations exhibited at promoters, insulators, enhancers, and transcribed regions are identified. The monomethylations of H3K27, H3K9, H4K20, H3K79, and H2BK5 are all linked to gene activation, whereas trimethylations of H3K27, H3K9, and H3K79 are linked to repression. H2A.Z associates with functional regulatory elements, and CTCF marks boundaries of histone methylation domains. Chromosome banding patterns are correlated with unique patterns of histone modifications. Chromosome breakpoints detected in T cell cancers frequently reside in chromatin regions associated with H3K4 methylations. Our data provide new insights into the function of histone methylation and chromatin organization in genome function.