Glycomacropeptide is a prebiotic that reduces Desulfovibrio bacteria, increases cecal short-chain fatty acids, and is anti-inflammatory in mice.

Glycomacropeptide (GMP) is a 64-amino acid (AA) glycophosphopeptide with application to the nutritional management of phenylketonuria (PKU), obesity, and inflammatory bowel disease (IBD). GMP is a putative prebiotic based on extensive glycosylation with sialic acid, galactose, and galactosamine. Our objective was to determine the prebiotic properties of GMP by characterizing cecal and fecal microbiota populations, short-chain fatty acids (SCFA), and immune responses. Weanling PKU (Pah(enu2)) and wild-type (WT) C57Bl/6 mice were fed isoenergetic AA, GMP, or casein diets for 8 wk. The cecal content and feces were collected for microbial DNA extraction to perform 16S microbiota analysis by Ion Torrent PGM sequencing. SCFA were determined by gas chromatography, plasma cytokines via a Bio-Plex Pro assay, and splenocyte T cell populations by flow cytometry. Changes in cecal and fecal microbiota are primarily diet dependent. The GMP diet resulted in a reduction from 30-35 to 7% in Proteobacteria, genera Desulfovibrio, in both WT and PKU mice with genotype-dependent changes in Bacteroidetes or Firmicutes. Cecal concentrations of the SCFA acetate, propionate, and butyrate were increased with GMP. The percentage of stimulated spleen cells producing interferon-γ (IFN-γ) was significantly reduced in mice fed GMP compared with casein. In summary, plasma concentrations of IFN-γ, TNF-α, IL-1β, and IL-2 were reduced in mice fed GMP. GMP is a prebiotic based on reduction in Desulfovibrio, increased SCFA, and lower indexes of inflammation compared with casein and AA diets in mice. Functional foods made with GMP may be beneficial in the management of PKU, obesity, and IBD.

Glycomacropeptide (GMP) is a unique protein comprised of 64 amino acids (AA) that is isolated from the k-casein micelle during the cheese making process.  Pure GMP lacks the aromatic AAs phenylalanine, tyrosine, and tryptophan, which allows for it to be used in the dietary treatment of phenylketonuria.  However, GMP is heavily comprised of threonine, isoleucine, and other large neutral AAs; and, it is at these threonine residues that GMP is highly glycosylated, as shown in Figure 1, by mucin-type carbohydrate chains.  The carbohydrate residues are comprised of sialic acid, galactose, and galactosamine.

Based on the sialic acid and other carbohydrate residues present on glycosylated GMP we hypothesized that GMP is a putative prebiotic.  A prebiotic is defined as a selectively fermented ingredient, which induces changes in the composition of the intestinal microbiota that confer benefits to host health [1].  Typically, prebiotics are from carbohydrate sources, which is why it is unique that GMP, as a protein source, may be a prebiotic as well.

We tested our hypothesis by sequencing the cecal microbiota of both wild-type and phenylketonuric (PKU) mice.  The full results of this study are published in this paper [2].  Briefly, wild-type mice were fed diets with either casein or GMP as the protein source and PKU mice were fed diets with either individual AAs or GMP as the protein source.  Figure 2 displays stacked bar charts of the predominant phyla and the predominant genera present in the ceca of mice in each of the four different groups.  In regards to the phyla represented in the cecal contents, all treatment groups were significantly different from each other; except, wild-type mice fed the GMP diet and PKU mice fed the GMP diet were not significantly different from one another.  These results suggest that diet is the significant modulator of the microbiota composition of these mice.

Consistent with the results seen at the phyla level, all treatment groups at the genera level were significantly different from each other except when wild-type mice fed the GMP diet were compared to PKU mice fed the GMP diet.  Our hypothesis was proven correct as we saw a significant decrease in the genera desulfovibrio in both wild-type and PKU mice fed the GMP diets.  The desulfovibrio genus includes sulfate metabolizing bacteria that reduces the sulfites and sulfates consumed in the diet and reduces them to hydrogen sulfide, which has been shown to be a cytotoxic compound.  Data has shown that individuals with ulcerative colitis have an increase in the presence of desulfovibrio.  Based on GMP’s ability to reduce the relative amount of desulfovibrio present in the cecal microbiota, it has potential as a therapeutic for irritable bowel disease.  In support of our findings, other research groups have published studies demonstrating that gavage of GMP to rodent models of colitis and ileitis helps reduce disease severity.  Moreover, a dietary supplement containing GMP was shown to be safe and well accepted by patients with active distal ulcerative colitis [3].

In this study we also showed that GMP increases the cecal concentration of short chain fatty acids, including acetate, propionate, and butyrate, all of which have demonstrated to increase barrier function and improve potential for reduced systemic inflammation.  Systemic inflammation was assessed by examining splenocyte populations by flow cytometry and concentrations of pro-inflammatory cytokines in plasma from these mice.  Mice fed the GMP diets showed reduced numbers of cytotoxic T cells present in the spleens, which is designated by the markers CD44hiCD62Llo.  Consistent with the findings in the spleen, mice fed the GMP diets had reduced concentrations of the pro-inflammatory cytokines, interferon-γ and tumor necrosis factor-α, compared to mice fed both the casein and amino acid diets.

Based on the previous evidence it is clear the GMP does indeed function as a prebiotic.  With these unique properties it has the potential to be used in the treatment of IBD with its anti-inflammatory properties, as well as being an alternative dietary treatment for PKU. 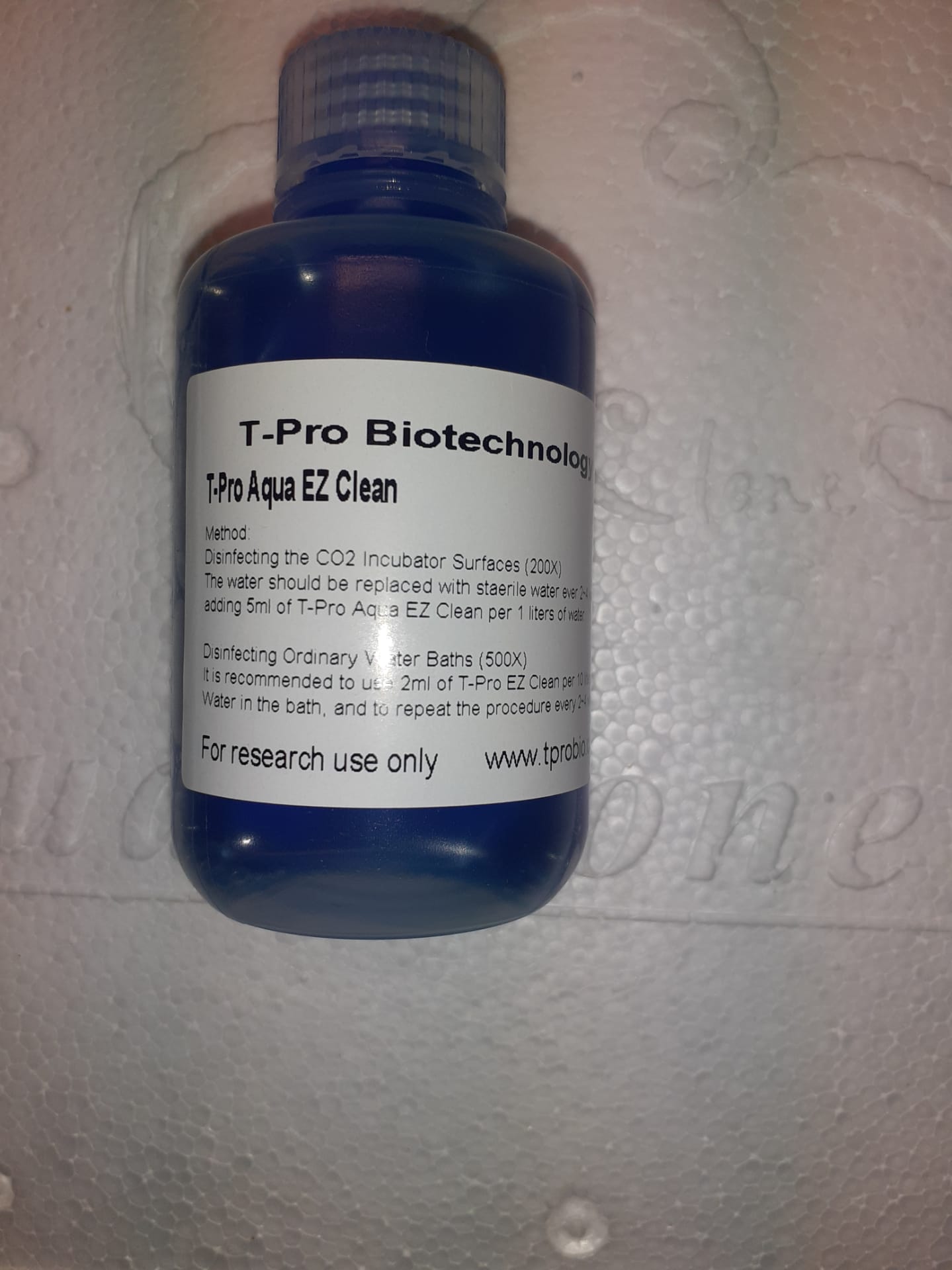 Food-derived bioactive peptides are reported as beneficial and safe for human health.
Glycomacropeptide (GMP) is a milk-protein-derived peptide that, in addition to its nutritional
value, retains many biological properties and has therapeutic effects in several inflammatory
disorders. GMP was shown under in vitro and in vivo conditions to exert a number of activities
that regulate the physiology of important body systems, namely the gastrointestinal, endocrine,
and immune systems. This review represents a comprehensive compilation summarizing the
current knowledge and updated information on the major biological properties associated with GMP.
GMP bioactivity is addressed with special attention on mechanisms of action, signaling pathways
involved, and structural characteristics implicated. In addition, the results of various studies dealing
with the effects of GMP on models of inflammatory diseases are reviewed and discussed.
Keywords: glycomacropeptide; milk-derived bioactive peptide; antibacterial; prebiotic;
remineralizing; metabolism; anti-tumoral; immuno-modulatory; action mechanisms.